I received my Kodak Duo Six-20 many years ago from a relative, and put it on a shelf for a while, then later got curious about shooting with it.  I don’t really remember doing this, but apparently I noticed that it had film in it, so I probably wound it forward a frame, then took a test shot out my office window before winding the rest of the way and removing the film.  For many years this roll of film sat around, and now I decided to finally develop it.  Maybe this film would hold the lost images that would solve the mystery of the JFK assassination, or at least hold some interesting snapshots.

I developed in HC110 at higher than normal concentration for four minutes based on a test strip using a method described here.  To summarize, I cut a small strip off the end of the film while spooling it in my dark bag.  That strip was then exposed in the light, and dipped in developer in one-minute increments.  I then used a developing time at the point where extra minutes didn’t add any more density.

Well, after developing, fixing, washing, etc, I was a bit disappointed to see what looked like just two images on the film.  And after scanning I discovered that one of those images was the one I had shot out my office window years earlier.  The other frame that was exposed contained no discernible image, just some odd cloudiness.  The rest of the roll appears to have been very underexposed or not exposed at all.

Here’s the one image: 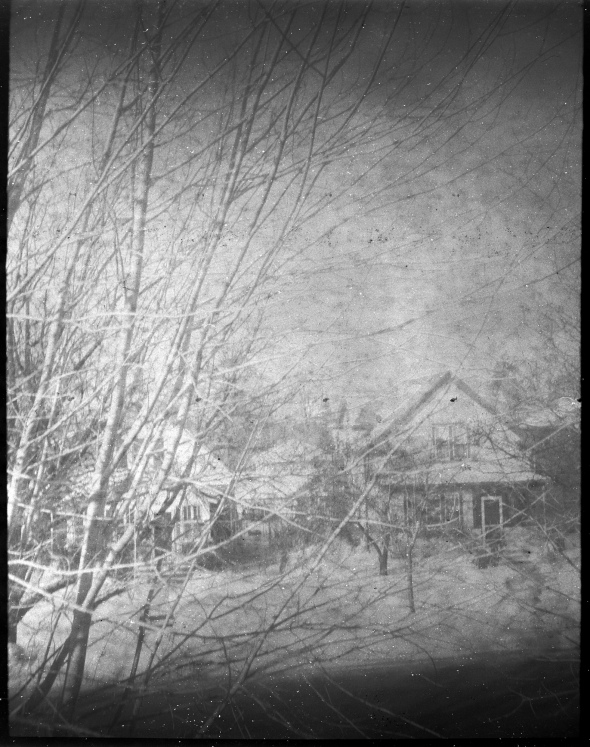 It looks like it could have been shot fifty years ago, but no, it was just shot on very old film.  I can’t find info on when they stopped making Verichrome Pan in 620 format.  It began production in 1956, and I found one site that said 120 format Verichrome Pan was discontinued in the 1970’s.  I would guess that 620 was discontinued earlier than 120 was, and certainly no later.  So this film was probably 40 to 60 years past it’s expiration date when I developed it.  And who knows what kind of heat it endured over those years, sitting in an attic or something.

Here’s the roll before I unspooled it: 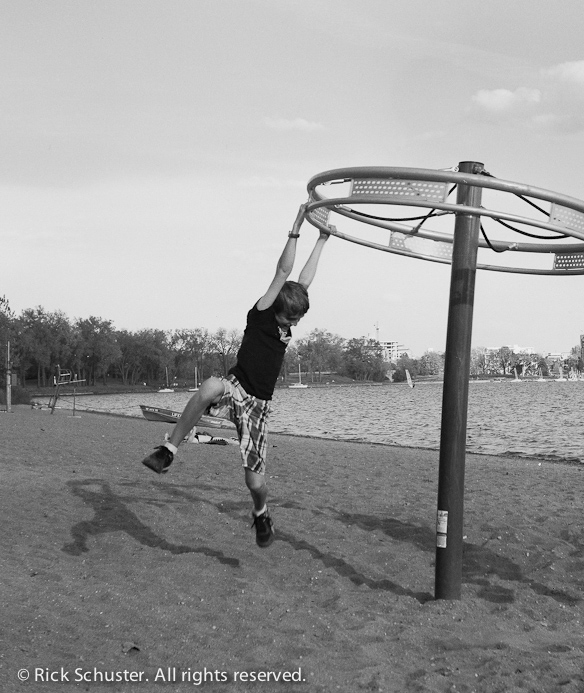 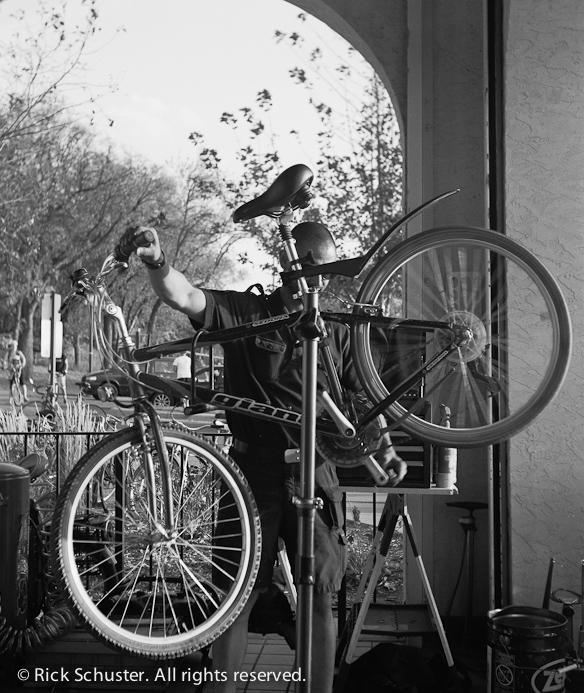 Here are a couple shots from my 1930’s Kodak Duo Six-20. Not bad for a nearly 80-year-old camera (do you think your new digital camera will be taking pictures in 80 years?). This beautiful 620 folder was made in Stuttgart, Germany at the Nagel factory where the famed Retinas were made. My particular Duo Six-20 is one of the early ‘art deco’ models (distinguishable by it’s black enamel top and bottom panels). This model was made from 1934 to 1937, and sold in the US for $57.50 (somewhere around $1,000 in today’s dollars adjusted for inflation). An interesting historic tidbit is that Amelia Earhart had a 1936 Duo Six-20 and it was onboard her plane when she tragically died in 1937. 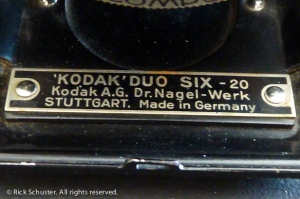 There’s a later rare rangefinder model, but this version is simply a zone-focus model with a simple flip-up viewfinder on top. Mine is not in perfect condition – most notably it’s nice octagonal film winding key has unfortunately been replaced by a cheaper aluminum knob – but it’s in pretty good shape, and has a nice high-quality feel to it.  I’ve made a few repairs that I’ll detail later when I get to writing a camera page for this one.

It’s a bit difficult to use — focus by guesswork can be challenging, and the viewfinder is so small that it’s difficult for me to see the framed area while wearing glasses.  The focus knob is tiny, and the shutter cocking lever and shutter button are even smaller (don’t try using this while wearing gloves).  But it’s a beautiful little camera, and I’m determined to use it more and perhaps get more comfortable with it.